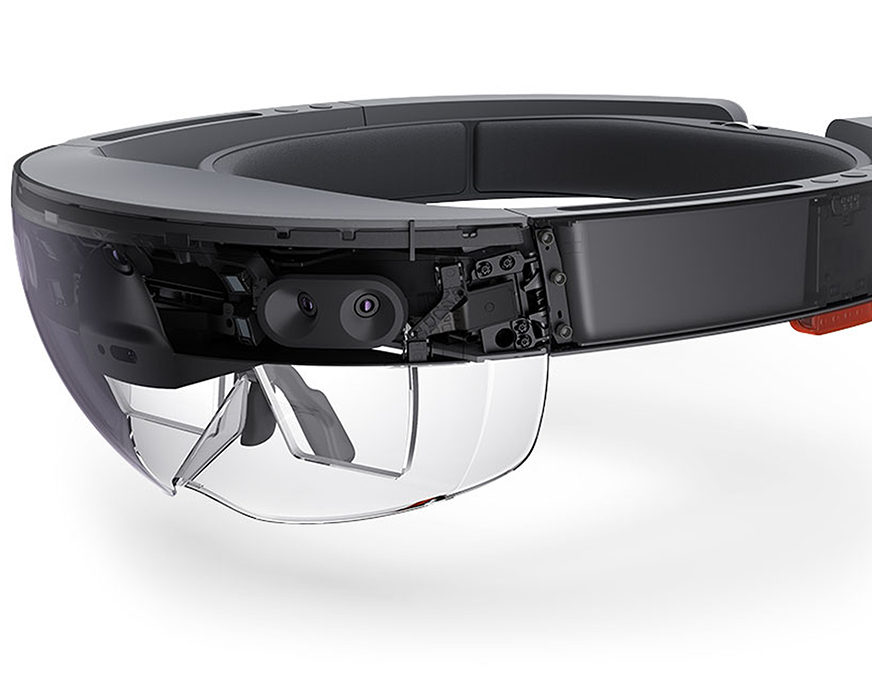 The Microsoft Hololens is a totally self-contained computer, that fits on your head, and allows holograms and data to be shown to a user through a clear headset, similar to a large pair of glasses. Augmented Reality has been used in the Air Force, in the form of heads-up displays, for decades. The Hololens has also been used by the US Navy, at the US NAVY CSP Innovation Lab (iLab), which opened on November 7, 201.

The HoloLens system was incorporated into a platform known as the Augmented Immersive Team Trainer that lets Marines plan missions and conduct “what-if” simulations while looking at a real-world terrain.

The wargaming software, which is called Interactive Tactical Decision Game, or I-TDG, can overlay a view of the environment with virtual objects ranging from ground vehicles and aircraft to explosions and other battlefield effects.

“For me, the best part of I-TDG was recreating simulated battles we conducted during past field exercises and using the system as a debrief on what we did wrong and how we could be better,” Lt. Andrew Veal said in a news release. “Like athletes watching game film, you really experienced that ‘aha’ moment.”

This is another excellent example of Augmented Reality being used to save lives. It is very exciting to see the Marines using AR in their training processes to prepare for real-world scenarios using the Hololens and AR in general.