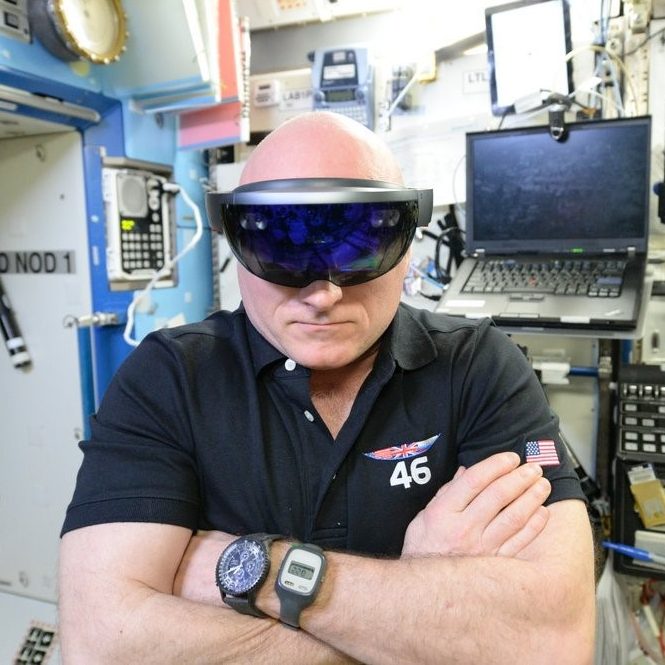 In December, a shuttle resupply mission successfully reached the International Space Station. Among the cargo were two Microsoft HoloLens devices for use as a part of NASA’s Sidekick project. The goal of Sidekick is to enable station crews with assistance when and where they need it. According to NASA, this new capability could reduce crew training requirements and increase the efficiency at which astronauts can work in space.

To provide a little background on the project, Sidekick has two modes of operation. The first is “Remote Expert Mode,” which uses Skype, to allow a ground operator to see what a crew member sees, provide real-time guidance, and draw annotations into the crew member’s environment to coach him or her through a task. Until now, crew members have relied on written and voice instructions when performing complex repair tasks or experiments.

The second mode is “Procedure Mode,” which augments standalone procedures with animated holographic illustrations displayed on top of the objects with which the crew is interacting. This capability could lessen the amount of training that future crews will require and could be an invaluable resource for missions deep into our solar system, where communication delays complicate difficult operations.

NASA clearly sees the potential for AR to have a positive impact on their missions, and I suspect this is only the beginning of stories about NASA using AR in novel ways.